Vertigo on the festival Mountains and the City 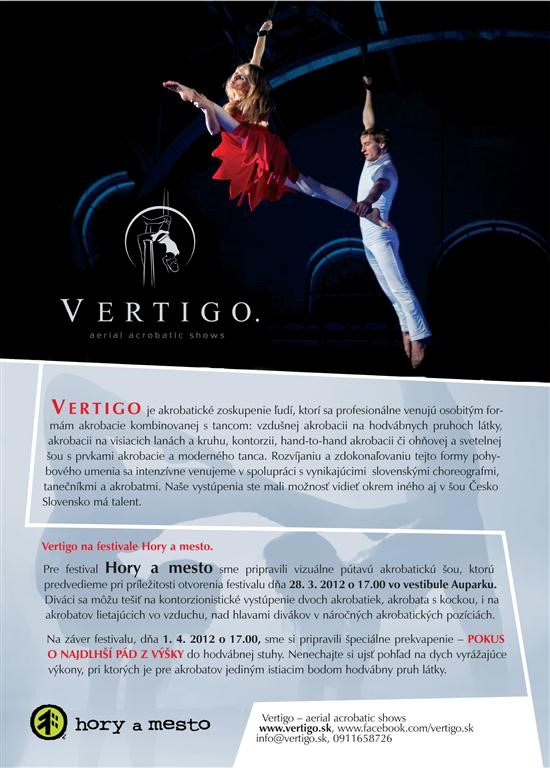 For the festival Mountains and the City we have prepared captivating visual acrobatic show, which will be performed to mark the opening of the festival on 28th March 2012 at 17:00 in the lobby of Aupark.

Spectators can look forward to the perfomance of a contortionist duo, an acrobat with a cube and the acrobats flying in the air in difficult positions above the heads of the audience.

At the end of the festival, on 1st April 2012 at 17:00, we have prepared a special surprise - AN ATTEPMT FOR THE LONGEST DROP on a silk. Do not miss the breathtaking performances during which the only secure point is a silk strip.
﻿